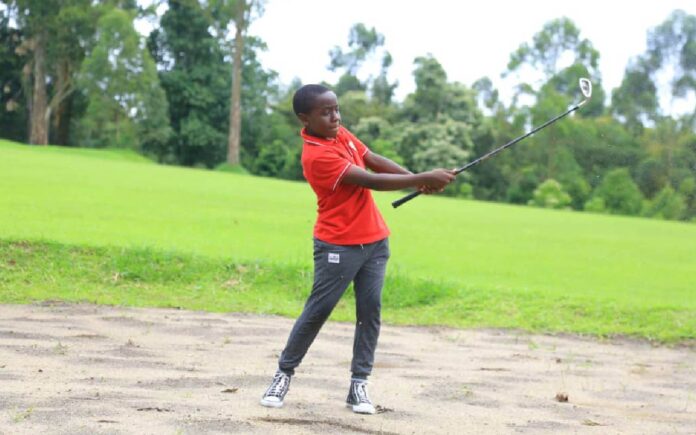 Ian Collins got to know about AFRIYEA Golf Academy through Maurice Barnes and he is one of the pioneer students at the academy that opened in September 2020. Ian is described as a calm and friendly character.

What are your dreams after schools and how do you think golf will help you achieve those dreams?

“My dream for the future is when I complete my studies, I want to become a doctor. Becoming a doctor not only requires knowledge from school but also requires mental ability and a certain way of understanding things. Golf will help me build my mental ability and I believe that I am at the right place here at AFRIYEA Golf Academy,” said Ian Collins.

Do you expect to achieve anything as a golfer too?

“Apart from becoming a doctor, I would also like to achieve as a golfer. My target is to play with the National Team and I know that through hard work, discipline, respect of coaches, and getting good clubs, I will one day join the national team,” he said.

How did you feel when you won the first tournament?

“I have only won once. My first tournament was the recently concluded Venus Open that was held at Toro club. I was very happy and surprised because I didn’t expect it,” Ian Collins added.

What do you have to say to the young generation out there who haven’t joined the academy and wish to play golf?

“I am encouraging all the kids outside there to come and join the AFRIYEA Golf Academy because it’s the best golf academy in Uganda, Africa. The academy does not only give skills of playing golf but they also tell us to focus on our academics and environment conservation,” he said.

AFRIYEA Golf Academy continues to empower young golfers in the country and their track record so far is one to be reckoned with.

Save
Tags: Parallax
Comments are closed.