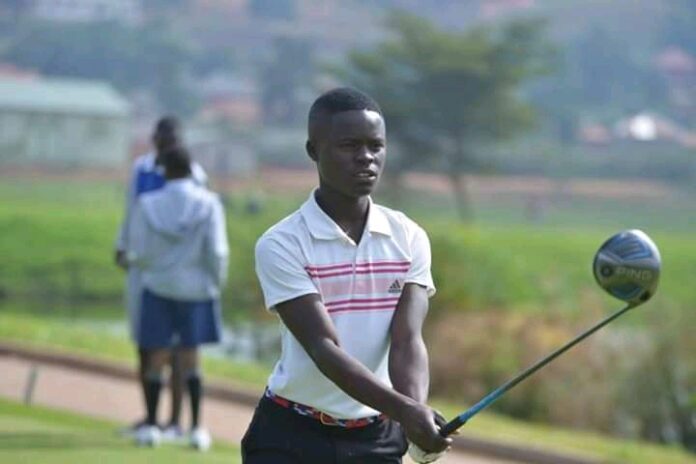 With less than a year in training golf, AFRIYEA Golf Academy has already produced a national team player who has also been appointed to be the Vice Team Captain for the Uganda golf juniors.

84 participants with handicap 5 and below from across the country took part in the event where a team of 20 senior players and 6 juniors had to be selected at the end of the tournament. The selected team will be the one to represent the country nationally and internationally.

However, on jubilation was AFRIYEA Golf Academy which got their first Academy golf player on the national team since its inception of training golf to the kids from both less privileged and privileged Families.

“I am happy to have made it to the national team and special thanks to all the coaches and everyone who supported me in terms of material things and finance,” Said Amon

AFRIYEA Golf Academy known as the Number one golf Academy in Uganda, Africa has continued to take people by surprise on how they are transforming the sport of golf image in the country.

AFRIYEA golf Academy has already trained over 100 golf students since it started and has a big plan to go and train kids and adults in all corners of Uganda, east Africa.

AFRIYEA golf Academy success is said to be attributed to its good structures that provide good atmosphere for students learning.

AFRIYEA golf Academy doesn’t only training kids on hitting golf balls but they consider their core values such as hard work, Academics, Respect, Discipline,  Environment conscious among others.

Save
Comments are closed.