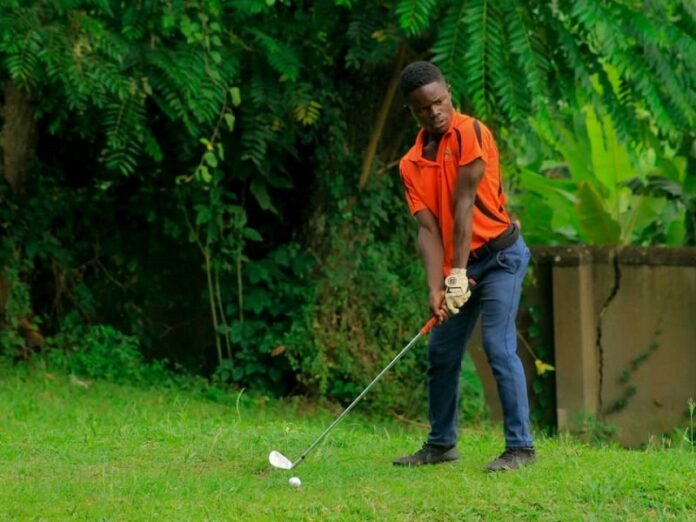 AFRIYEA Golf Academy golfers beat a field of 114 golf players from all over Uganda to emerge overall winners of the Venus Open at Toro Golf Club with Amon Bwambale displaying an amazing show.

Amon Bwambale who is a student of AFRIYEA Golf Academy has been able to register a number of big wins since he joined the academy. His first win was in the Kasese Juniors open which was held in November 2020, followed by Basaliza at 95 Golf Tournament held in December 2020 and now he has gotten his first Major win in the Venus Open 2021.

Amon Bwambale’s top performance is a great indicator of AFRIYEA’s Golf Academy improvement in all her junior programs that is based on giving the kids the best-golfing skills that can enable them to compete and win big events.

AFRIYEA Golf Academy is the country’s only golf academy with the structures and ready to roll out its programs across the country training kids from both the underprivileged and privileged sectors of the economy. The less privileged kids with talents have already been brought on board to begin playing golf.

Mama Reagan Asiimwe a parent of one of the students being helped to learn golf has credited AFRIYEA for the good work they are doing to help their children in promoting their talents and she noted AFRIYEA does not only give the kids skills of playing golf, but also other important life skills on environment conservation like tree planting, plastic recycling and urban farming.

Save
Comments are closed.