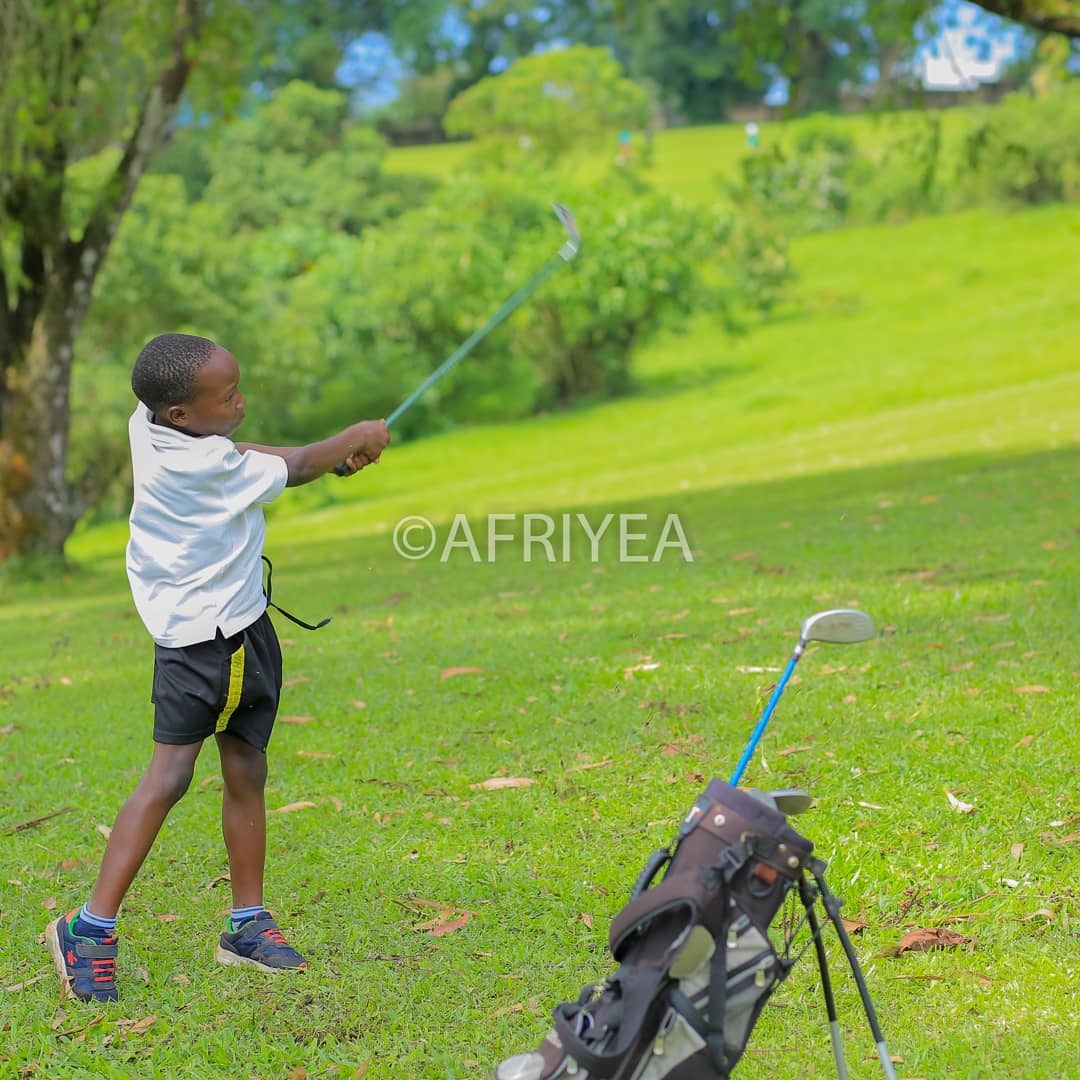 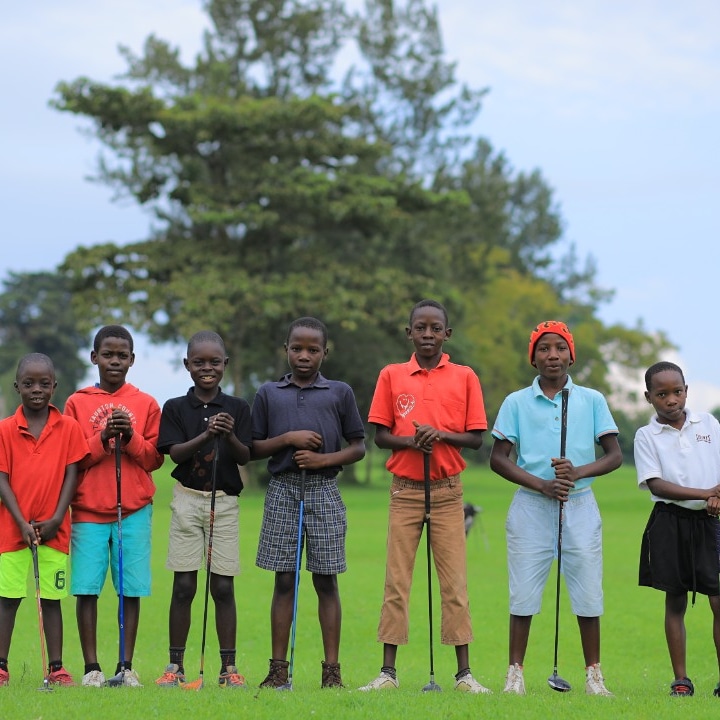 AFRIYEA GOLF ACADEMY- Uganda is the Number One Golf Academy in Uganda –Africa that is bringing the game of golf and its benefits to all the youth and under aged children to enrich them with various professionals including the game of golf, education, life skills to enhance them with social opportunities.

The Academy has introduced 350 children from her annexes of Toro club and Masindi.

The academy is found on the great foundation of good experienced professional and top amateurs that brings in the international and national experience into the learns to enjoy the game of life for fun, health reasons, education, professional golf and social opportunities.

The academy prioritizes inclusiveness in its set priority goals and objectives of helping the youth and under aged children. Girls and disabled are a priority and the academy has empowered these vulnerable categories using different initiatives such as GIRLS FOR GOLF FOR EVERYONE which is an academy program aimed at bringing more girls into the sport following a world record that has set a side girls in golf development.

AFRIYEA Golf Academy introduced the first ever golf clubs in primary and secondary school with the purpose to develop the game from the grassroots and these have been well welcomed in schools and now the kids of the academy in schools are always prepared to play in the school golf competitions organized by AFRIYEA Golf academy setting its own record event which has never happened in Uganda.

The academy has produced a juniorAmonBwambale on the Uganda national team who is also the assistant captain of the team and it has also enabled two female coaches to qualify to the Uganda ladies national team MackleanNsenga and Lillian Koowe.

In an effort to promote golf and education, AFRIYEA Golf Academy created a successful nationwide campaign dubbed The National Fundraising Drive which was later recognized and joined by the Uganda Golf Union. The aim was to raise funds for Ugandan students and junior golfers to go and further their education and golf skills.

The Academy has contributed players to the national team both male and female.

To provide golf and life skills for all children, to build hope of  under privileged, minority children like girls and disabled in sports and become the principal golf academy on the continent of Africa and the world in at large.

Enhancing youth capacities in terms of academic enhancement, sports competencies, environment conservation and sensitization with a view to empower the youth for civic awareness and socio-economic sustainability

AFRIYEA Golf Academy, believe in teaching the love of the game and its benefits through our various structured programs delivering instruction with energy and professionalism. All the coaches involved with junior coaching at AFRIYEA Golf Academy are professional and top notch amateur players giving the trainees an absolute advantage to learn from the best.

We train to be the best we can
We respect each other and the wonderful game of golf When we practice, we practice with a purpose
When we learn about the game, we have fun doing it.
Having a good attitude will always makes golf more enjoyable and more fun, at AFRIYEA Golf Academy our goal is to make golf safe, fun and enjoyable to children and all other learners.